This is a Forum exclusively for Prin and the Forever Fused Role Plays. It isn't to be used for anything else.

Kitty Soules, The Mistress of Negativity 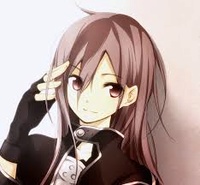 Kitty Soules, The Mistress of Negativity

-Personality: Generally soft spoken and shy, but still caring and supportive.
-General Happiness: Typically the sadness of others makes her feel somewhat depressed. However it’s not just sadness and depression. Her power also works with several other negative feelings. Such as: Fear, Grief, Guilt, Despair, Doubt, Apathy, Inadequacy, Loneliness, and a sense of Lacking.
-Social Level: Poor
-Optimistic/Pessimistic: She usually assumes the worst of life, but not of people.
-Positive Personality Traits: Empathetic, Understanding, Loving, and Comforting.
-Negative Personality Traits: She can sometimes overthink things. She lacks confidence in herself. She has a hard time getting things done as she has to overcome the feelings of depression and apathy.
-Misc. Quirks: Had a rare illness but after a procedure she recovered quickly.
-Religion/Philosophy: Raised Christian but isn’t sure what to think. It’s hard to have faith in a God that allows people to feel such suffering as she’s felt in others.
-Likes: Some Atari and Arcade games, Riding her bike, Board games, foreign music and romantic movies. As well as MASH, Star wars, E.T. and Michael Jackson’s Thriller.
-Favorite Foods: Pasta and Fried Rice
-Favorite Drinks: Coffee, Snapple Tru Root Beer and Smoothies
-Favorite Colors: Pink and Purple
-Dislikes: Mean and angry people, Racism, Geography,
-Hobbies: Writing

-Favored Weapon:
-Weapon Skill:
-Mutant Abilities: Negative empathic feeling and control
-Mutant Strengths: Can tell if others are feeling badly and can absorb or push negative emotions through those around her.
-Other Information: It is possible for her to control and fine tune these abilities.